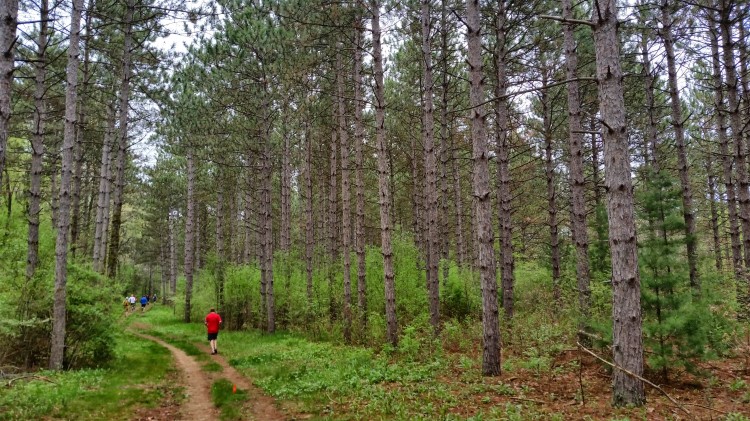 One of my favorite spots on the trail.

This was my third time running the half marathon here. My times have been very closely clustered:

Some race is always going to be your personal worst time. That’s just how it works. Interestingly, while I haven’t always gotten slower, I’ve consistently placed lower in my AG. Also, my AG has changed; I do get the feeling that for the half marathon distance, the women’s 30–34 age group is more competitive than the 25–29.

I feel like I’ve recapped this race before (here; looks like B was with me that year—the photos suggest I didn’t have a GPS watch yet, and I had a lot less definition in my shoulders…). Anyway, to avoid boring you, I’ll just hit the highlights this time: 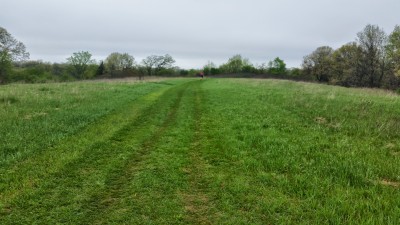 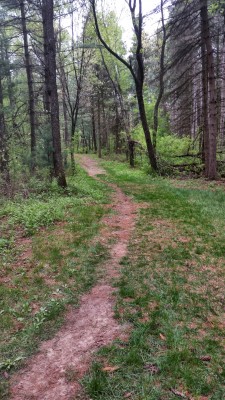 As a warm-up for my 50K that is coming up in . . . four now three weeks and is also held on these very trails, it was reasonably good. I brought my hydration pack along and wore the clothes I thought I would wear for the upcoming race (about halfway through the race, the shorts, which are new, started to chafe, so those are off the menu. Good thing I tried them out.). 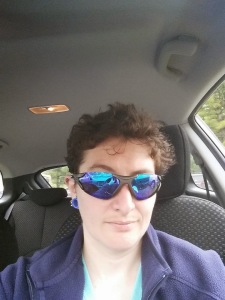 Next week, I am co-pacing the 2:30 group at the Madison half marathon, something I’ve never done before. (I’ve never even made it all the way through a race with a pace group, so it should be an interesting time.) I’ll be hanging out at the expo on Saturday around noon, so come say hello if you see me, or catch me at the starting line. Unless you’re going to be weird and awkward and make both of us feel uncomfortable, in which case feel free to continue stalking me quietly from a distance.

Also, speaking of quietly stalking me, if you missed it (and I don’t know why you would have seen this, since I didn’t announce it or anything), I’ve blogged a bit about ultrarunning over at Technically Running. It’s at least slightly humorous and has a picture of a skull I found attached to it for some reason.